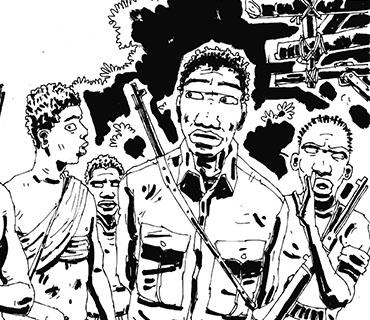 In this book, LicínioAzevedo presents us stories about the freedom fighters of Mozambique. These stories are a collection of some epic moments that were collected in the plateau of Mueda, a distric in Cabo Delgado Province.

Licínio Azevedo (born in Porto Alegre, Brazil) is an independent filmmaker and co-founder of the Mozambican film production company, Ebano Multimedia. In 1977, he was invited by filmmaker Rui Guerra to join the National Institute of Cinema (INC) in Mozambique, and soon after embarked on a prolific career as a documentary filmmaker. He is also a writer and his collection of stories on the Mozambican War of Independence formed the basis of Mozambique’s first full-length feature film.